Annabel Smith in YOU LOOK FINE (2021) © Katie Byford
I write, direct and produce shorts, music videos & artist films.
My debut short as writer/director, YOU LOOK FINE was awarded BEST WRITER at BFI Future Film Festival 2022.  The film premiered at the BAFTA-recognised Cambridge Film Festival in November 2021.
A short experimental film, THE STYX, is in development, supported by funding from Arts Council England.
My current work centres trauma and PTSD, exploring the experiences of survivors of sexual violence.
I am the Production Officer at Film and Video Umbrella, a charitable organisation supported by Arts Council England, which commissions and produces artist films by established and emerging contemporary artists.
You can find my IMDb page here.

LATEST NEWS
•YOU LOOK FINE has been awarded BEST WRITER at BFI Future Film Festival 2022!  The award was judged by Mike Williams, Editor-in-Chief of Sight & Sound, who said of the film: "Good writing, I think, is as much about what you don’t put in—what you leave out—as the words that you actually use.  In our winning film, it’s as much about what is left unsaid that makes it such a powerful watch."
• THE STYX has received a project grant from Arts Council England.  This will cover development of the script and score, and the recording of the film's score.  THE STYX is a film opera/artist film, and represents a collaboration with composer Athanasia Kontou and soprano/performer Helene Mathiesen, in co-partnership with Medusa Collective, The Writing Squad and PTSD UK.
•Guy Oliver's YOU KNOW NOTHING OF MY WORK, which I produced in 2020, has been nominated for The Jarman Award 2021.  Guy Oliver joins other nominees Georgina Starr, Adham Faramawy, Jasmina Cibic, Larry Achiampong and Sophia Al-Maria.
WRITER/director

writer/director, you look fine, 2021
Written & directed by Katie Byford.  Starring Annabel Smith and Sarah Flower.  Produced by Kirsty Dua & Katie Byford.  Edited by Stella Heath Keir.  Production design by Maddalena McNicholas.  Cinematography by Dominika Besinska.  Research & advice from Rape Crisis.
YOU LOOK FINE explores the sensory realities of living with PTSD, through a woman's struggle to come to terms with the trauma of assault and the difficulties of being heard.  The film will premiere at Cambridge Film Festival, a BAFTA-accredited festival in the UK.
Awarded BEST WRITER at BFI Future Film Festival 2022
FESTIVALS: Cambridge Film Festival 2021; BFI Future Film Festival 2022. 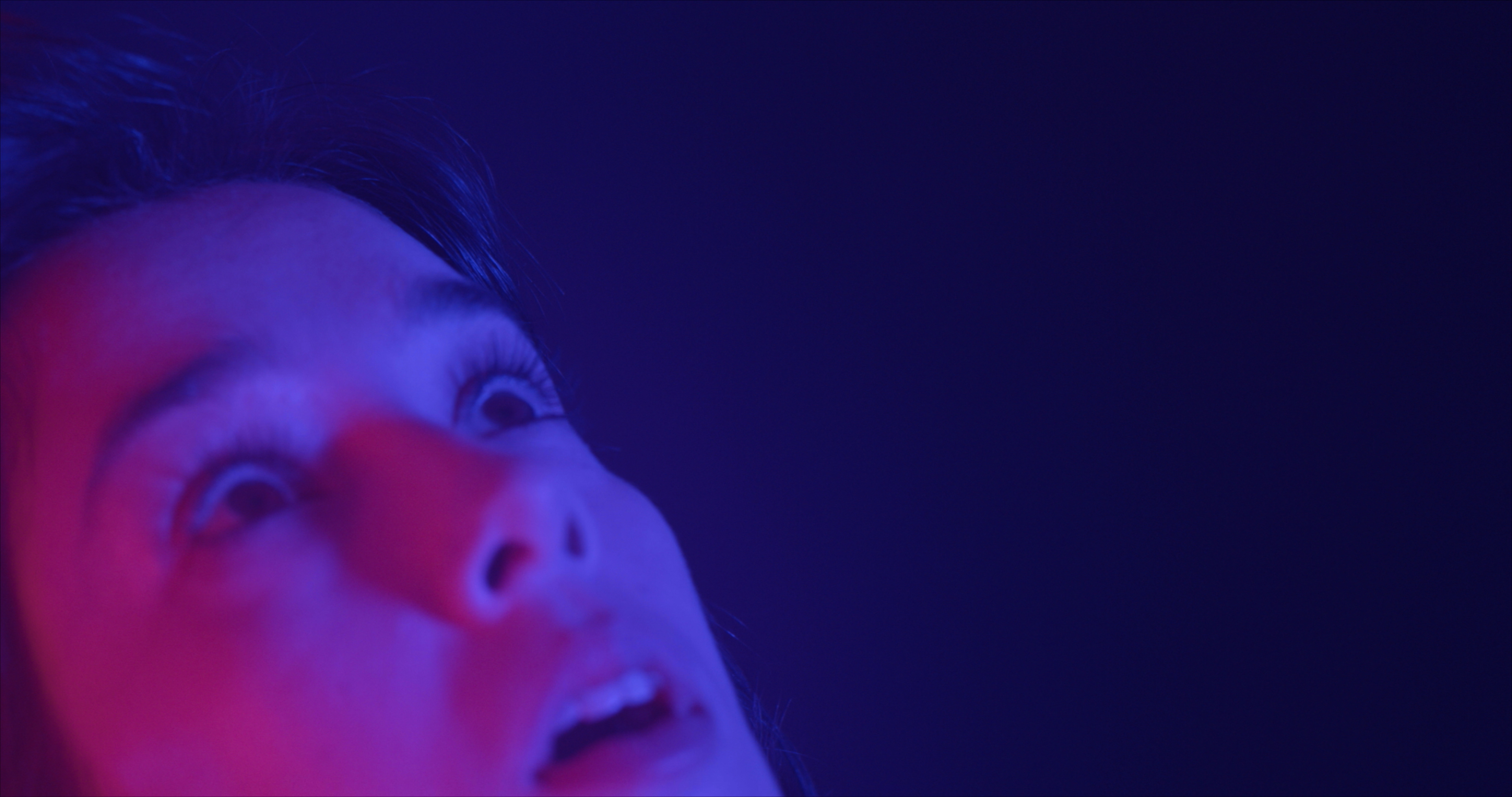 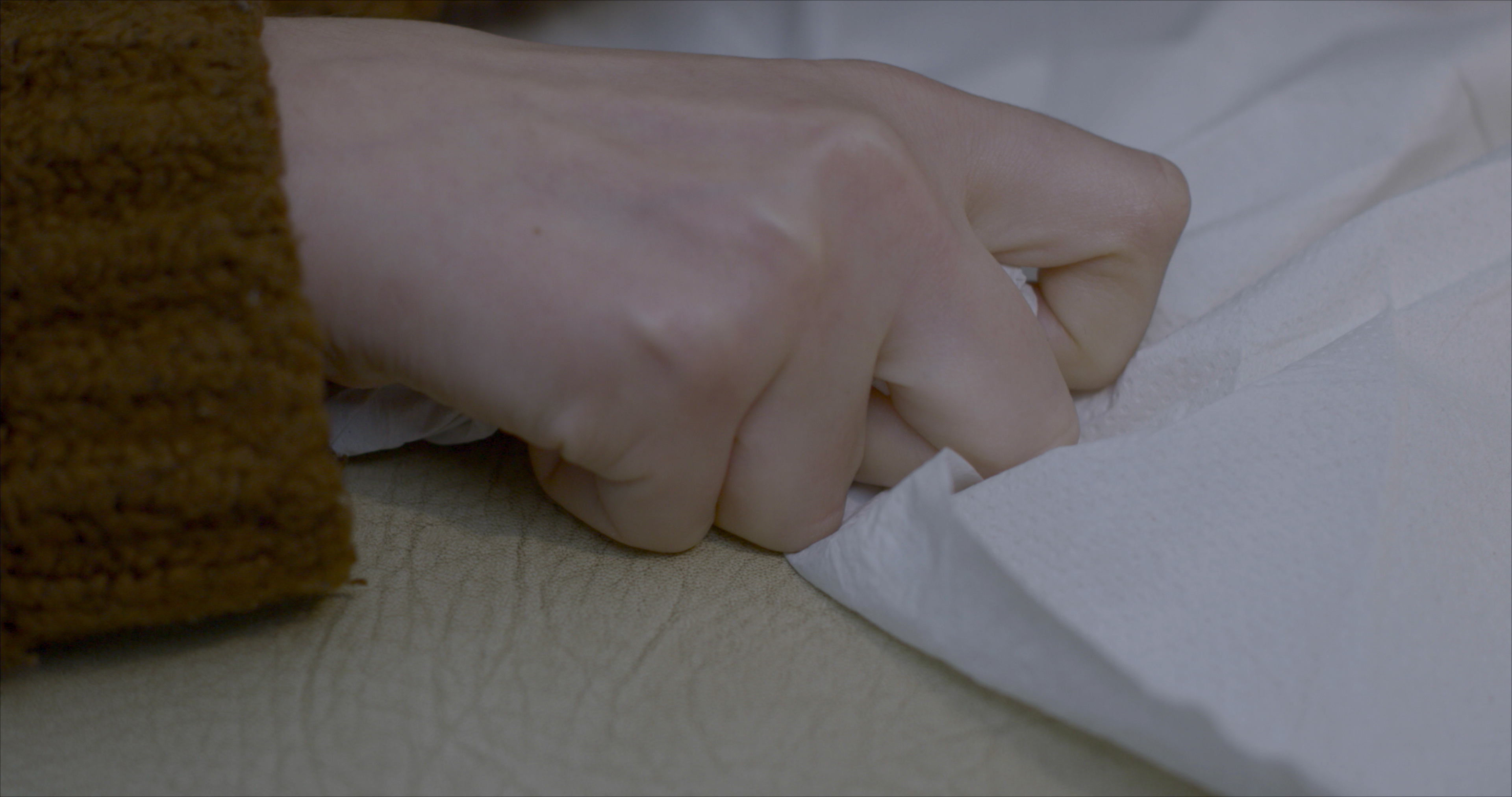 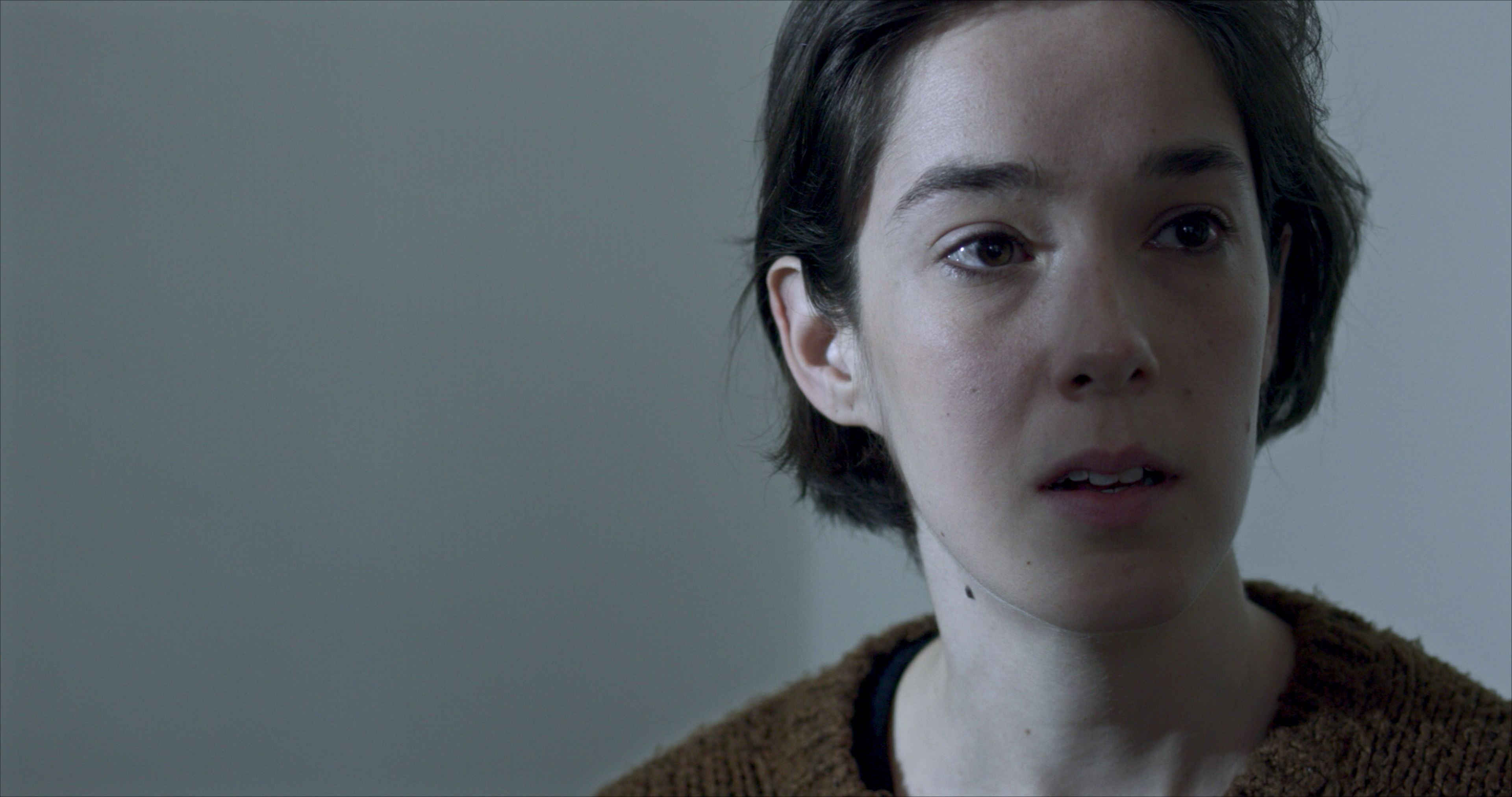 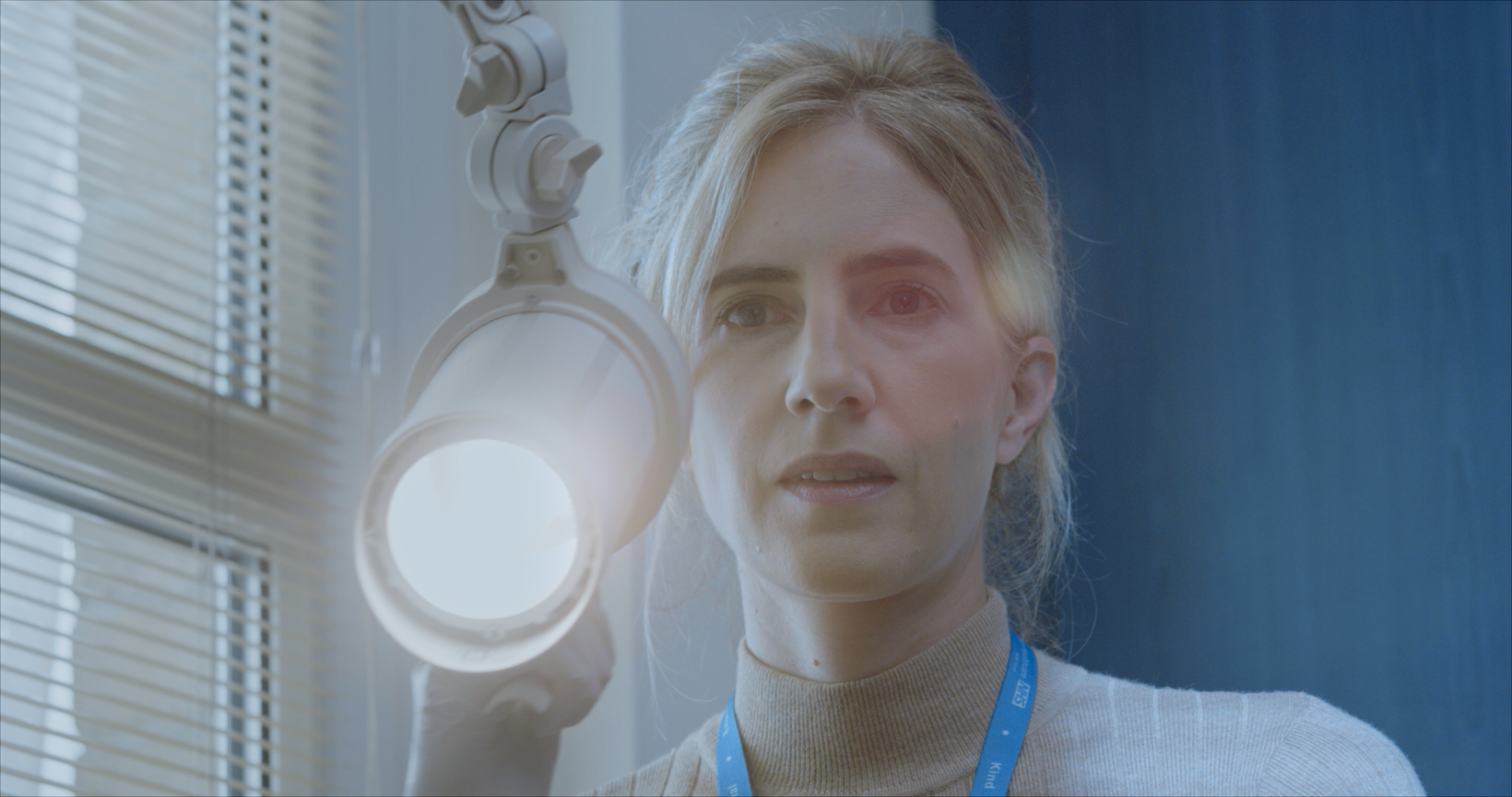 writer/director, THE STYX   (in development)
Written & directed by Katie Byford.  Score by Athanasia Kontou.  Starring Helene Mathiesen.  In co-partnership with Medusa Collective, The Writing Squad and PTSD UK.  Supported using public funding by Arts Council England.
THE STYX is an artist film in development, and represents a collaboration with Athanasia Kontou and Helene Mathiesen.  The film addresses the potential for healing after sexual assault, through the myth of Persephone, Queen of the Underworld.  The project has been awarded funding by Arts Council England to develop the script and score, and to record the final score for the film.
We are currently raising further funds to support this stage of the project, and will be holding a public event in November to discuss the themes of the film.  Join our journey here.
Recipient of a project grant from Arts Council England.
PRODUCTION

Courtesy of Film and Video Umbrella
Project MANAGER, TREELINE, 2021
A film by Ruth Maclennan.  Commissioned by Film and Video Umbrella and Forestry England.
TREELINE is a collectively made film compiled footage of forests submitted by people across the world. From a patchwork of disparate individual contributions, Maclennan's infinite panorama of trees is a vivid reminder of the swathes of green that continue to encircle the planet, and a powerful emblem of the shared resources and futures that bind people together.
More details available here.  Watch the film.

Courtesy of Film and Video Umbrella
SUPERVISING producer (post-production), MU/T/T/ER, 2021
A film by Kondo Heller.  Produced by Steven Bode and Katie Byford.  Commissioned for BEYOND by Film and Video Umbrella.
MU/T/T/ER is about language and how to articulate with a tongue that breaks words or has had to twist. This is narrated through sound, the movement of light and what the room has experienced/witnessed/heard through its windows, objects and doors.
More details available here.
FESTIVALS: Berlinale 2022; Alchemy Film and Moving Image Festival 2022; more TBA.

Courtesy of Film and Video Umbrella and Jerwood Arts
producer, YOU KNOW NOTHING OF MY WORK, 2020
A film by Guy Oliver.  Produced by Katie Byford.  Music by Suzy Davies.  Cinematography by Jamie Quantrill.  Production design by Maddalena McNicholas.  Commissioned for the Jerwood/FVU Awards 2020: Hindsight, a collaboration between Jerwood Arts and Film and Video Umbrella.
YOU KNOW NOTHING OF MY WORK is a satirical, half-hour episodic pop-opera, that probes our collective reaction when cultural heroes are brought low by accusations or convictions of sexual misconduct, expressing this awkwardness and pain through satire, mockumentary and musical.  The work was exhibited at the Jerwood Space in London in November 2020.  More details available here.  Watch the FVU Frames interview with Guy Oliver for insight on the film's premise and creation.
AWARDS: The Jarman Award, Film London (nominated); commissioned for the Jerwood/FVU Awards.
SCREENINGS/EXHIBITIONS: Jerwood Arts, 2020; Margate Film Festival 2021; Nottingham Contemporary, 2021. 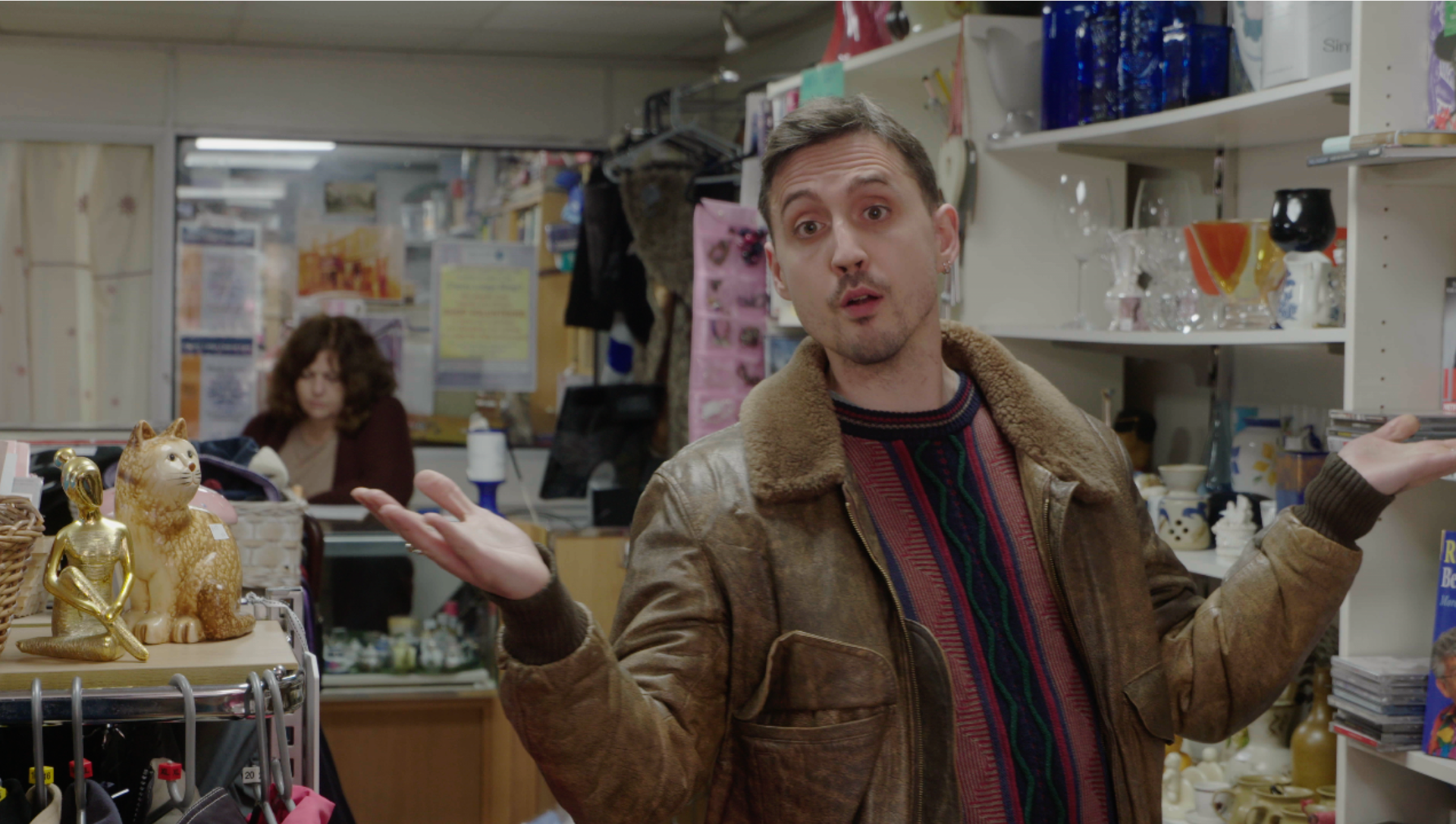 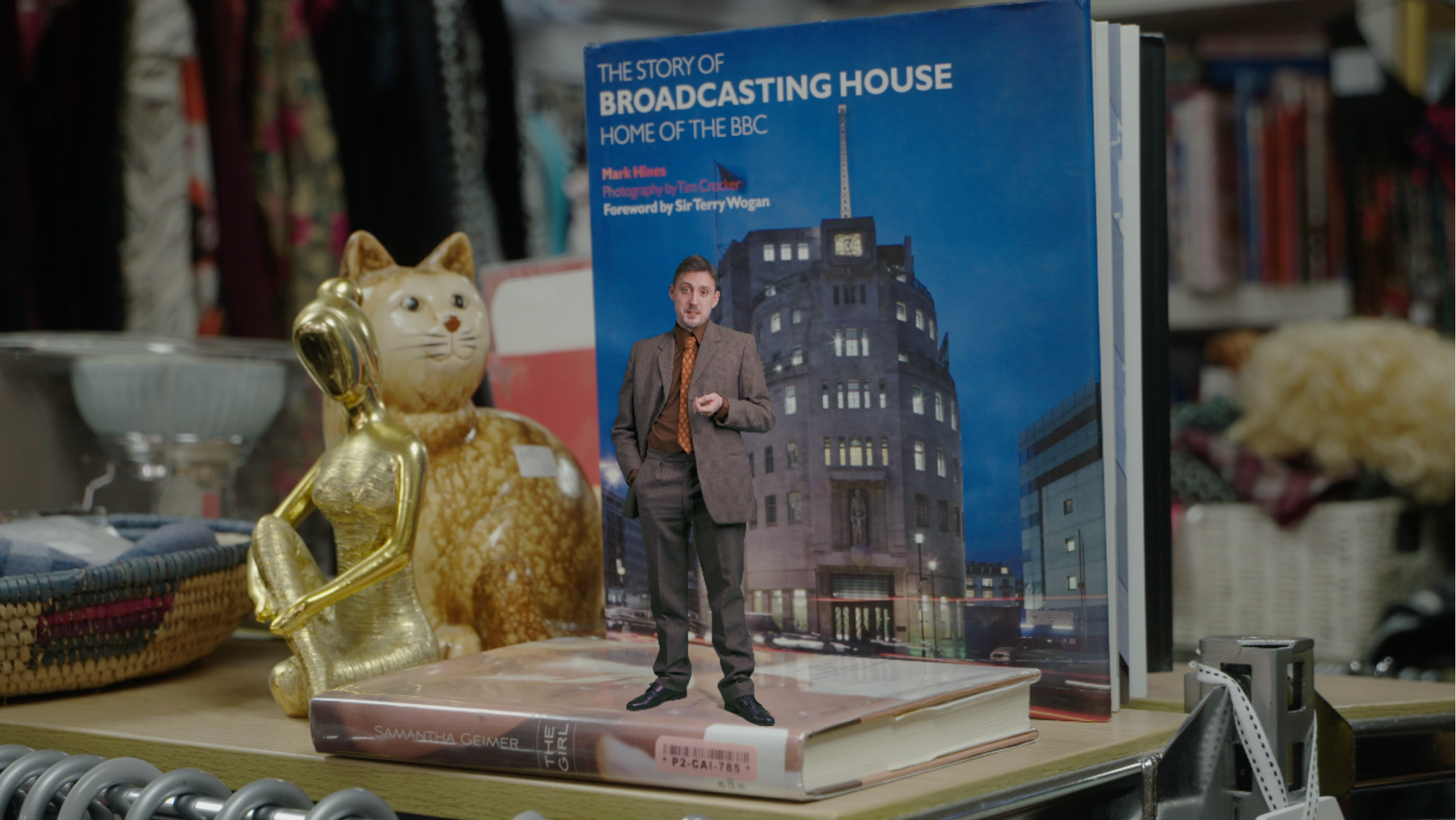 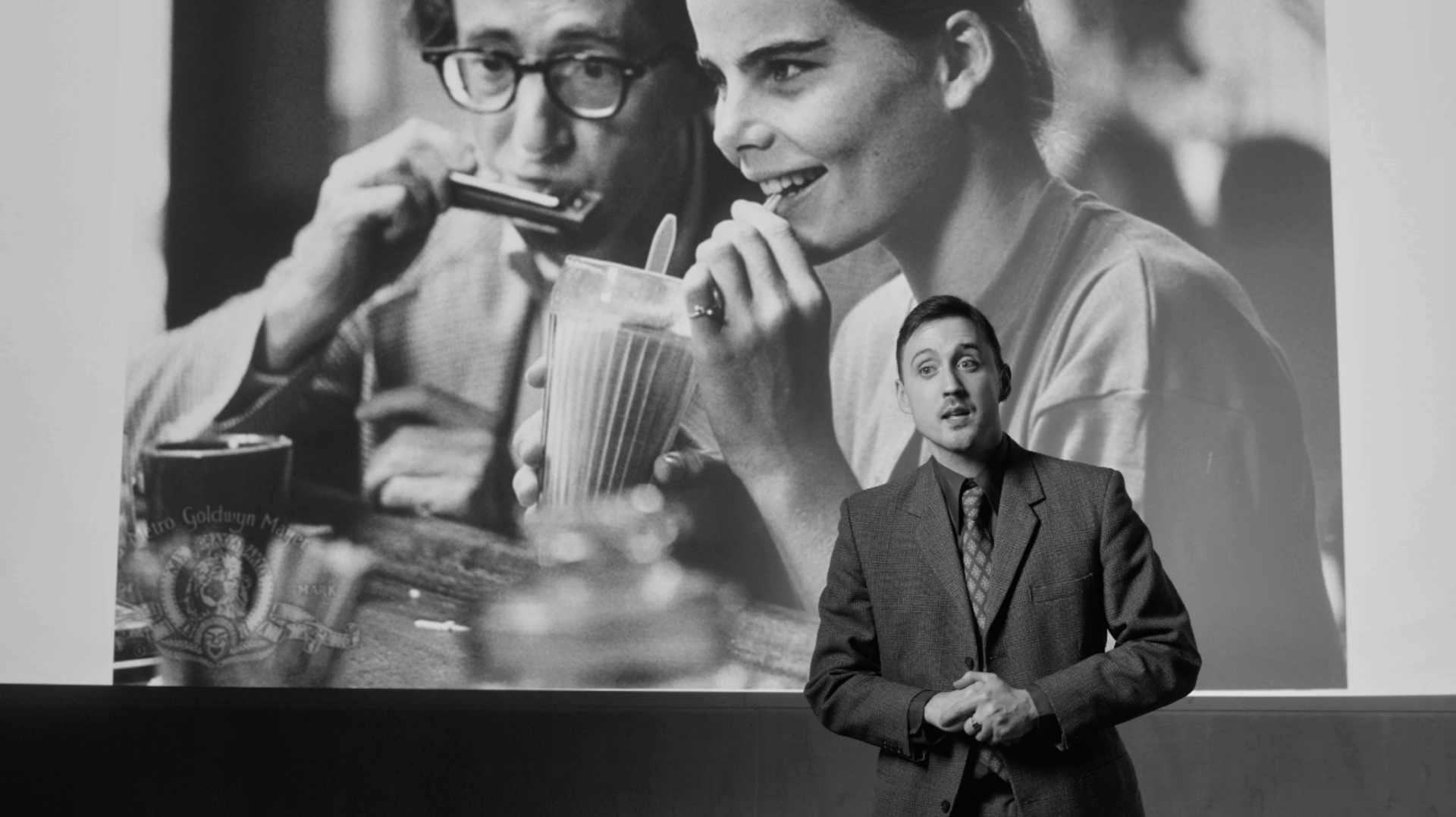 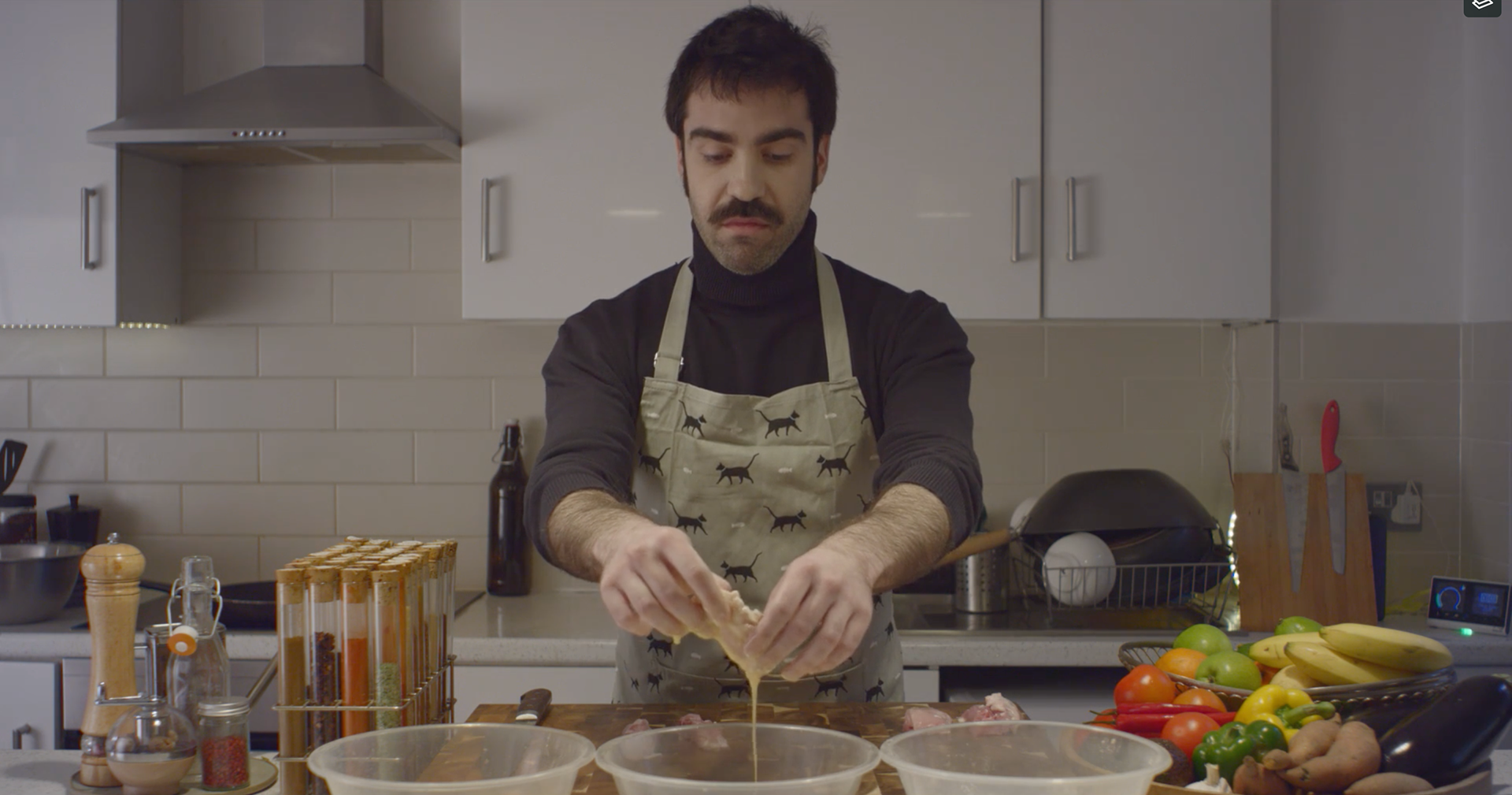 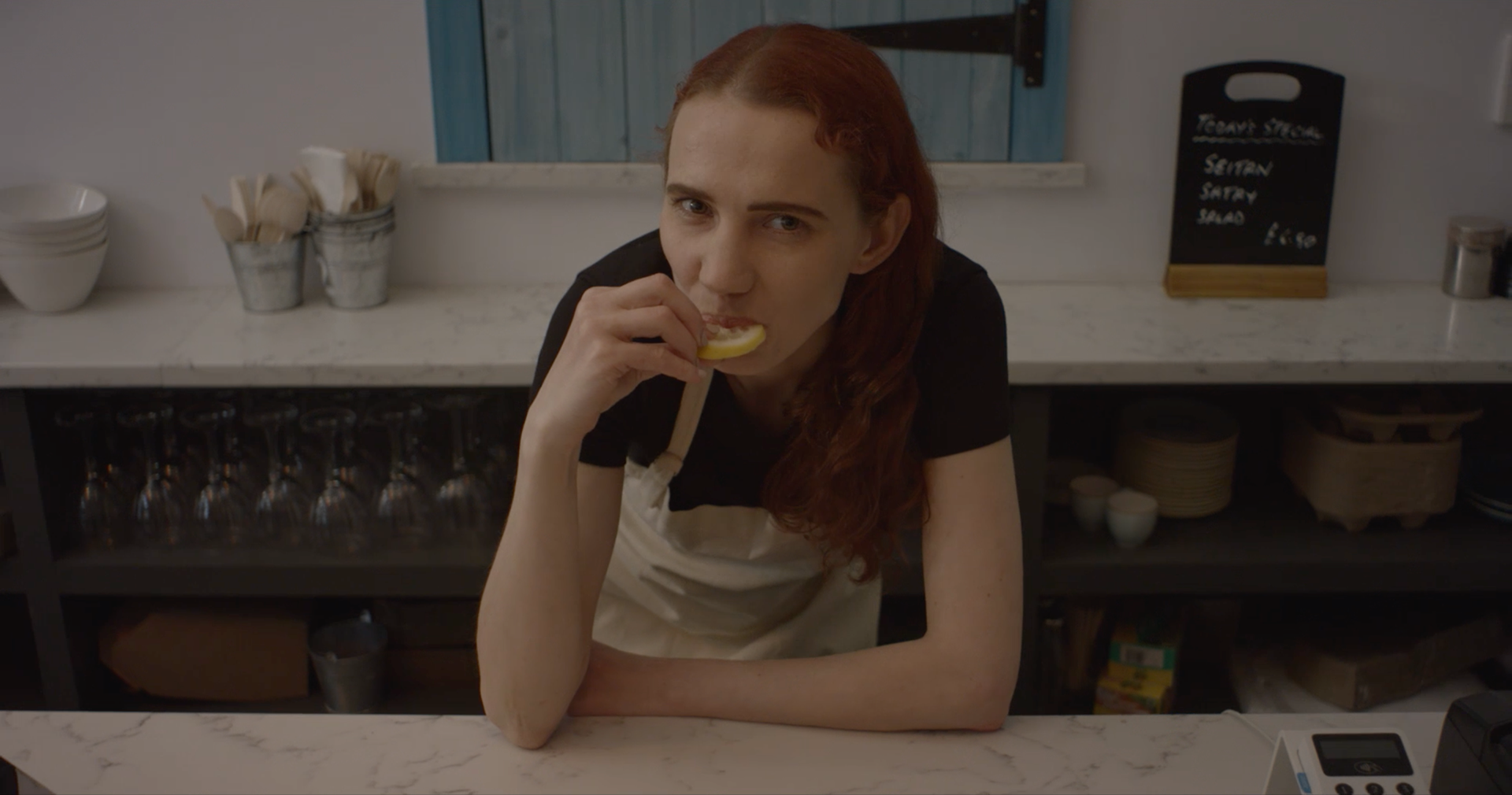 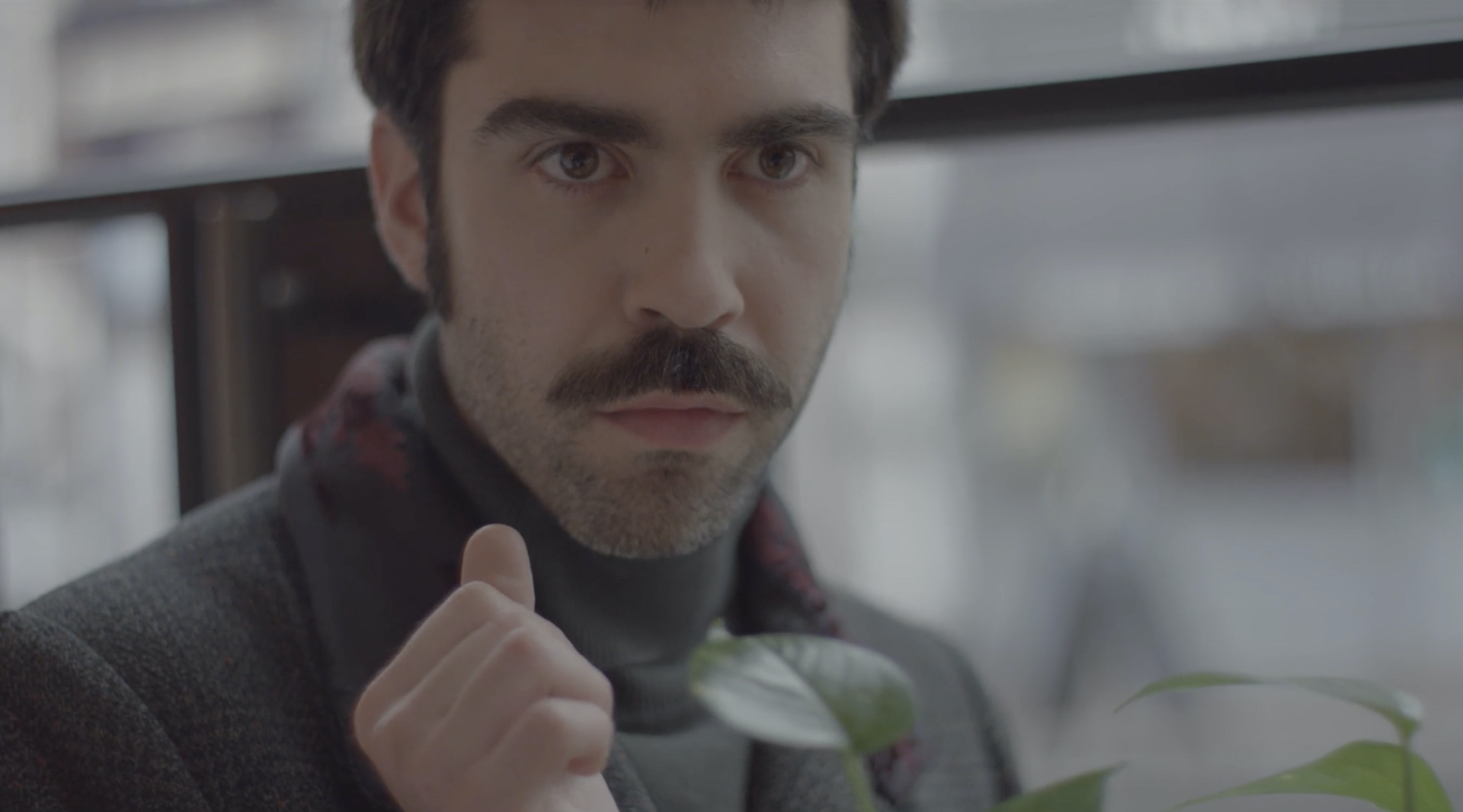 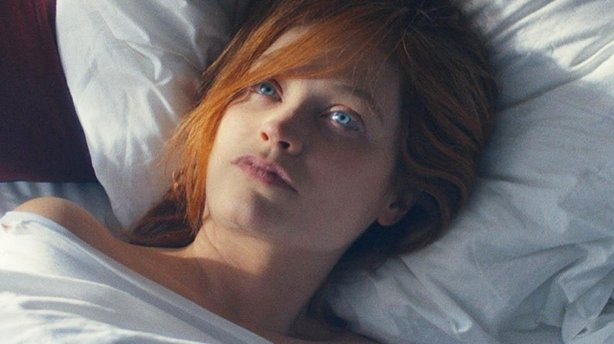 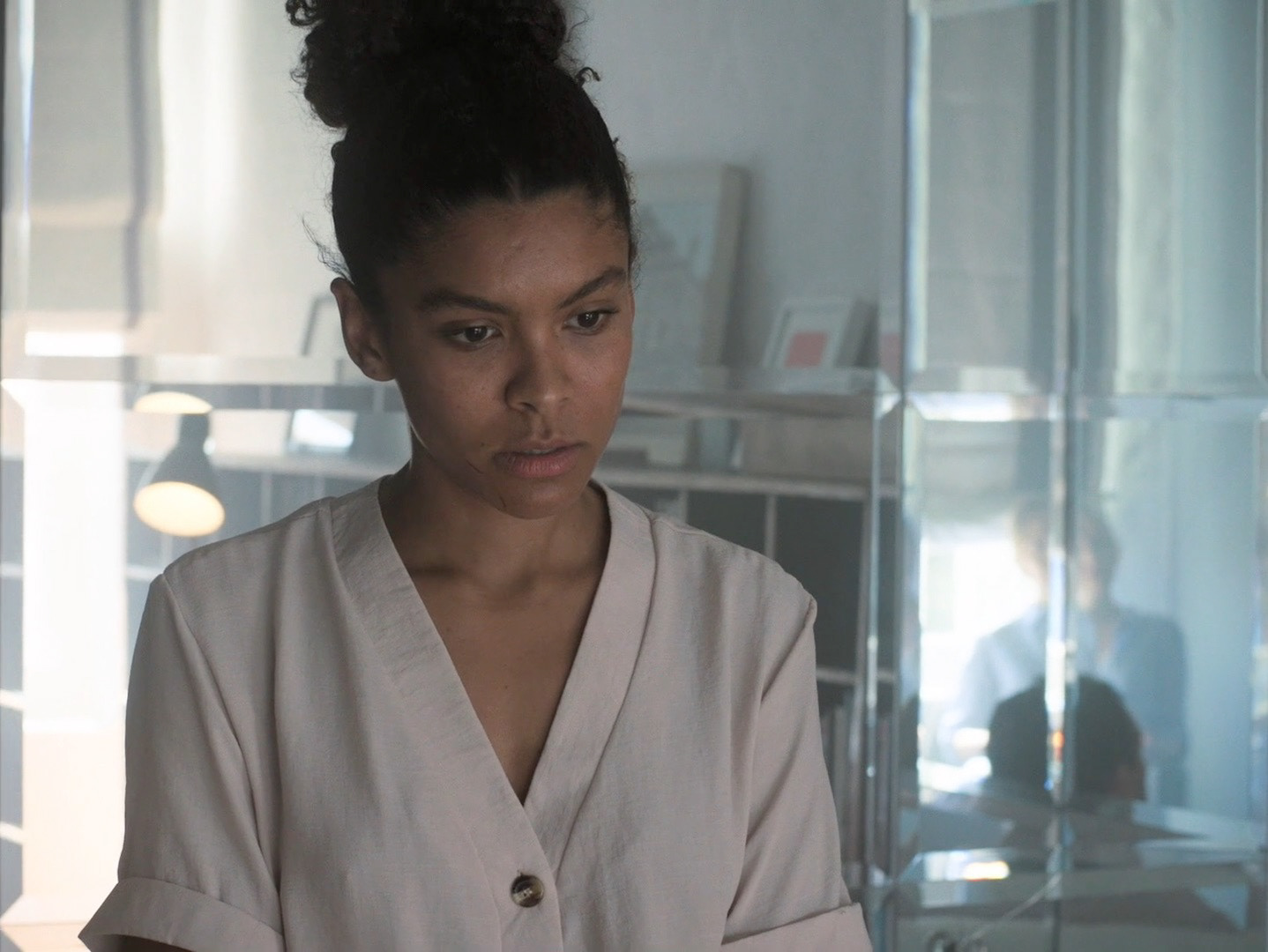 Feel free to get in touch using the form below.
Thank you!

POETRY
↑Back to Top